The Wayfair Supreme Court decision is over a year old but states are still making changes to their sales tax laws – specifically their nexus thresholds. This has left  ecommerce sellers unsure of their liability. In this post, we’ll review some the latest economic nexus updates and tips on how to stay compliant.

Recently, we’ve seen some changes to many economic nexus thresholds in several states. New York, California, Texas, Ohio and many others are continuing to modify their thresholds over a year after Wayfair v. South Dakota.

This is significant because, in addition to increasing and decreasing thresholds, some states are also applying them retroactively. If you run an ecommerce business, the future of your company will depend on how close of an eye you keep on the changes, and how effectively you comply with them.

Why Economic Nexus Can Be Confusing

If you run a business that has an economic nexus presence, you’ve probably asked questions like:

To make things more complicated, you’ve probably asked these questions for every state you sell in. Given this complexity, it’s easy to panic and overreact. We’ve seen a lot of people over register, signing up everywhere so that they don’t have to deal with any issues. In contrast, we’ve also seen many people delay registering because they’re worried about historical exposure or liabilities that might creep up on them.

For most businesses, the best path forward is to get compliant while paying only the taxes that you are liable for. If you have historical exposure, that starts with sales tax amnesty programs. From there, you’ll need to identify where and to what extent you have nexus. This enables businesses to get compliant and reduce legal exposure while only paying what they owe.

That next step—identifying your nexus—is complex and will require assessing your business and (probably) working with a dedicated team of sales tax accountants. But if you’re going to be compliant, you’ll need to stay current on trends in state nexus laws. Here’s some nationwide economic nexus updates you can’t afford to overlook.

New York: When the Threshold Increases

Back when Quill Corp. v. North Dakota was still the law of the land, New York had a law on the books regarding Nexus. It said there was a threshold of $300k in gross sales and a hundred transactions. If you met both of those numbers, you had economic nexus. However, this law was unenforceable under Quill.

After Wayfair, the court case removed the restrictions that made the law unenforceable. Suddenly, this decades-old, unenforceable law became active.

However, instead of immediately enforcing it, New York said they would study the new nexus landscape and get further guidance. And everybody waited for that guidance.

Virtually every state was doing this. After the Wayfair ruling in June 2018, nobody was enforcing their existing laws because they were trying to figure out what to do.

Fast forward to December 18th, 2018, and New York and many other states sent out a second notice that said that this old law immediately went into effect at the time of Wayfair, meaning everyone could be taxed for the last seven months.

However, in 2019 the New York Legislature changed the thresholds. They’ve increased the economic threshold from $300k to $500k. And this new threshold is retroactive back to the day Wayfair passed: June 21st, 2018.

Businesses that were already under $300k or over $500k in revenue in New York weren’t affected by this change. However, for businesses that are in the $300-500k range, things get more complex. If you did register and your New York revenue falls within that range, you still have to collect the tax from that period regardless of whether or not you actually had nexus. In contrast, if your revenue falls within that range and you did not register, you’re okay, and you can look into whether or not it’s in your interest to remain unregistered.

So, the fact that New York made this change retroactive adds a short-term layer of complexity to identifying liability in the state. However, in the long-run, this increased threshold is a real benefit for ecommerce sellers because they have to exceed a higher threshold for a responsibility to register, collect and remit tax.

Some bigger market states- including Texas and California– are taking note and raising their thresholds as well. In addition to benefiting ecommerce sellers, many are raising the threshold to benefit the states themselves. This is because a low threshold forces states to collect on smaller taxes that are more trouble than they’re actually worth in revenue.

If you sell in New York, Texas or California, it’s worth looking into how this trend will impact your economic nexus going forward. And if you don’t have nexus in these states, it’s worth looking out for increased thresholds in the states where you do.

Ohio: When the Threshold Decreases

Ohio had a unique approach to nexus during the Quill era. They had a threshold of $500k, which was pretty high. But, they were aggressive in the way they claimed physical nexus.

Ohio state law claimed that running software on someone’s computer that was in Ohio was grounds for physical nexus. If a business loaded a JavaScript, imbedded a cookie or ran any code on a consumer’s computer in the state of Ohio, they had nexus there. It was a stretch, but the thresholds were high.

With Wayfair giving them the tool of economic nexus, they no longer needed to use such a stretch of a provision.

Businesses under the new $100k threshold don’t have much to worry about. And for businesses over the old $500k threshold, not much has changed. But if your business has Ohio-based revenue in the $100-500k range, you now owe the state of Ohio sales tax on hundreds of thousands of dollars.

Fortunately, this new threshold is forward-looking. Unlike what we saw with New York, it’s not retroactive since Wayfair.

This trend of states decreasing their economic thresholds will be a negative for ecommerce sellers, but a positive for states trying to capture more revenue.

If you’re selling in states like Ohio that are decreasing their thresholds, your sales tax exposure may have increased by hundreds of thousands of dollars. For that reason, it’s worth looking into your situation and getting compliant.

To determine if you have nexus, you need to evaluate your operations in all of the states you do business and compare that to the states’ nexus thresholds. If it’s under the threshold, you have no obligation. If it’s over, you’ll have to pay up. But don’t get too comfortable. Since the Supreme Court gave them the power to define economic nexus, states will continue to make changes. 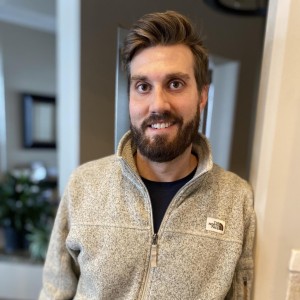