What Triggers a Sales Tax Audit? Find Out in Our Joint Study with Avalara

What triggers a sales tax audit? The answer varies, but there’s one universal truth: State auditors aren’t looking for companies that are managing their taxes correctly.

After all, audit penalties and assessments provide enormous revenue and help shore up budget deficits. According to a recent California State Board of Equalization (BOE) in 2013-2014 report, the state generated more than $21 million in revenue from their managed audit program.

You can learn a lot from a joint report we did with Avalara called: “Sales and Use Tax Audits Uncovered: Who gets audited, why they get audited, and the impact on companies”.

Here are some key findings from the report about what companies are selected for a sales and use tax audit:

Sometimes getting selected for an audit is just a case of bad luck, but as the data suggests, companies are most often not selected at random but evaluated by a number of factors, which include:

Most of these factors might seem obvious. Companies with a history of negative audits usually get targeted until the audits no longer produce results for the state. High revenue companies, on the other hand, find themselves in a perennial audit whereby any number of auditors from multiple state agencies set up residence at their headquarters, even if they’re meticulous with their compliance processes. It’s also not surprising that companies that report a high ratio of exempt sales to total sales raise a flag, especially if that ratio isn’t consistent with their industry peers.

What’s less evident to most people is the first criteria: Industry. This factor seems to be accounting for more and more audit activity across the U.S. and doesn’t show any signs of slowing down. Here’s why.

Targeted industries – error prone or opportunity for the state?

Certain industries tend to put themselves at risk of an audit in two ways. One is based purely on how the industry operates: For example, bars, restaurants, grocery and liquor stores are all cash-based businesses, and auditors are all too aware of how cash goes unreported. However, while cash-based businesses routinely put themselves in compliance risk, the effort to find the errors might be too high for many auditors to even bother investigating, especially if it’s a small operation.

The other main reason certain industries get targeted is that historically they don’t adhere to state and local sales and use tax regulations, which are complex, ever-changing, and require a lot of research, and due diligence on the part of the company’s accounting, and finance teams. There are many ways a company can make a mistake in their compliance, but as the data from the California BOE indicates, the following account for the majority of errors (see Figure 1):

n the 2013-2014 fiscal year (according to the CA BOE report), the top three industries (see Figure 2) found to have large assessments were Retail, Food Service, and Manufacturing.

Interestingly, the data told a slightly different story in Texas. While retail and manufacturing remained high as in California, Texas also targeted the construction industry and wholesale/distributors (see Figure 3).

Top Industries Under Audit in Texas

Basically, it boils down to this: The state views everything you buy as being subject to tax. In other words, you’re guilty until proven innocent. We all know not everything is taxable, but you have to be able to prove all of that to an auditor. Your best bet is to keep the auditor from scheduling items in the first place. It’s easier to keep it off the auditor’s schedules than to get it taken off later.

Are you fighting a sales tax audit? Download our free guide today! 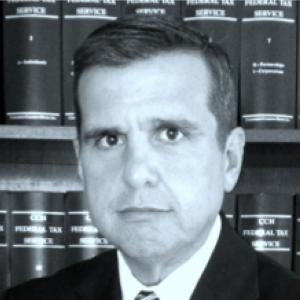